The study is published in Nature and can be found at: http://go.nature.com/2suy6DV 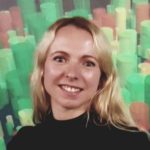 Whenever forest areas are cut down for the benefit of plantations, settlement areas or infrastructure, large contiguous forests disintegrate into several disconnected areas. Well, is it so tremendous if a new plantation or motorway cuts through a large forest area? Yes, indeed it is. Isolated forest areas hinder the movement, spread and survival of plant and animal species and reduce their habitat. In addition, microclimatic changes affect small forest patches, which are surrounded by open areas such as agriculture. Trees suffer from this climatic stress, which releases additional amounts of carbon into the atmosphere. In one of our previous studies (Brinck et al. 2017) we found enormous amounts of additional carbon releases in the forest edges calculated on the basis of a forest cover analysis and high-resolution remote sensing data. 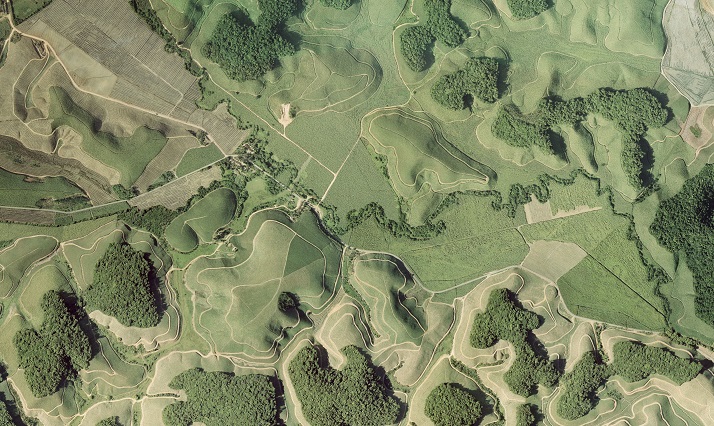 In the new analysis, we discovered an interesting phenomenon: the same fragment size distributions appeared across all continents. These size distributions were best described by a power law – a mathematical law that can also be observed in a number of other phenomena (e.g., the size distribution of fires sizes, earthquakes, moon crater or ant nests). To our surprise, when fitting a power law to the fragment size distribution of each continent, we found that even the slope was similar across continents. We were amazed at these results and found a surprising relation to physics and percolation theory (Christensen & Moloney 2005) that helped us to provide one explanation of our intriguing observations.

Percolation, for example, occurs e.g. in stones with little holes (pores) through which water can flow from top to bottom. Some types of stones have not enough pores which prevent water from flowing through the stone. There is a critical point in the density of pores at which a transition between the two different phases takes place. What makes percolation theory so attractive is that important characteristics show universal behaviour and can be described analytically at the critical point. When applied to forest fragmentation captured by satellite data, we can imagine a pore being a forest pixel which can be part of a larger fragment. Percolation theory assumes that forest pixels are randomly distributed in space. Close to the critical point of 59% of forest cover the large fragment that connects the landscape disintegrates and the resulting fragment size distribution shows power-law behaviour with an exponent of 187/91 ≈ 2.05. The agreement with our satellite observations was alarming for us. 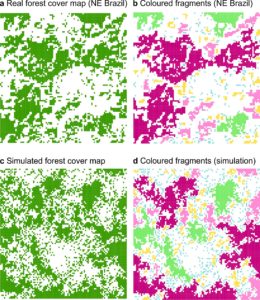 So what does that mean? Close to the critical point, the number of small forest fragments will explode with increasing deforestation. If deforestation in the tropics of Central and South America continues at its current rate, the number of fragments will increase 33-fold in the next 50 years and their average size will decrease from 17 ha to 0.25 ha. Even more realistic spatial deforestation regimes (e.g. at fragment borders) lead to the same critical behaviour as the classical ‘random’ percolation simulation, but for a larger range of forest cover around the critical point. The currently rather unlikely option to slow down deforestation and reforest more areas than to clear them may stop this fragmentation trend, but still lead to a slightly increased number of fragments within the next 50 years.

The study was conducted within the Helmholtz Alliance “Remote Sensing and Earth System Dynamics”.